Paris, FRANCE – After putting its collection of ski clothing on hold almost three years ago, French sunglasses brand Vuarnet is readying itself for a relaunch this winter.

For its upcoming collection, the brand has imagined two lines: one destined for the avid skier, the other for the urban dweller. Items are priced between €200 and €800. “The brand will be sold in around 50 stores at ski stations like Courchevel or Megève, and in city centres,” explains Lionel Giraud, CEO of Vuarnet in an interview with LesEchos.fr. “Vuarnet needs to become a global brand to expand.”

Vuarnet is perhaps most well-known for its sunglasses. The first design was conceived in 1957 by two opticians Joseph Hatchiguian and Roger Pouilloux. However, the brand is considered to have been ‘officially’ born in 1961 when the founders approached Jean Vuarnet, gold medallist in the Downhill to connect his name with the then-fledgling brand.

The brand’s expansion into ski clothing seems like a natural step; potentially a very profitable one. According to MarketWatch, the global ski apparel market is valued at $US8.5bn, and set to reach $US11.7bn by the end of 2025, growing at a CAGR of 4.0 per cent. In terms of market share, Europe represents 29 per cent, followed closely behind by North America with 28 per cent.

The danger, of course, is that the market is maturing rapidly. Skiing – much like golf –  is widely seen as a recreational sport reserved for a wealthier and older audience. Indeed, in the UK where the market is worth close to £3bn, over two-thirds of skiers are aged between 43 to 65.

The power of product placement

The market is crowded with outerwear clothing leaders all vying for the attention of younger consumers – there’s Moncler, The North Face and Canada Goose, to name a few. It’s certain that brands in this category have to work hard to position themselves as part of the cultural lexicon to succeed. Vuarnet, however, is no stranger to the power of celebrity influencers.

Dating back to the late ’60s, Vuarnet sunglasses graced the faces of Hollywood icons like Romy Schneider and her partner Alain Delon in the film La Piscine (1969). In the cult film The Big Lebowski (1998), Jeff Bridge’s larger-than-life character sports a square pair – the ‘Vuarnet 03’ to be exact. Perhaps the most impressive example of product placement was in the James Bond film Spectre. Despite being on screen for a mere 1 minute and 45 seconds, the $600 vintage sunglasses (re-released to coincide with the movie) sold out within a matter of hours.

What’s next for Vuarnet?

Next month, the Parisian concept store Heureux Les Curieux will host a pop-up event to celebrate the launch of Vuarnet’s ski line. The concept store has previously organised similar events for brands such as Bang & Olufsen and Kilometre Paris.

On the retail front, Vuarnet plans to double down on its international expansion. The brand projects to open 30 more stores over the next five years. It will be a challenge for Vuarnet to recruit younger consumers, but with the right distribution and marketing strategy in place, it’s definitely not an insurmountable one.

Stay ahead of the curve

Sign up to our monthly newsletter and receive our latest insights

Is Second-Hand the New Fast Fashion?

Retailers Love Designer Home Brands, But Do They Resonate With Consumers?

Reinventing Luxury Retail as Brands Back Away from Wholesale 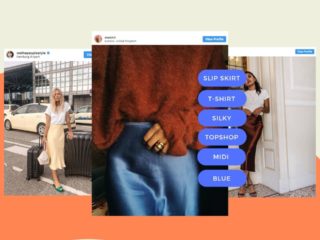 Can Artificial Intelligence Take Over Buying?